Travelling With Two Passports as a Dual National (Dual Citizen) 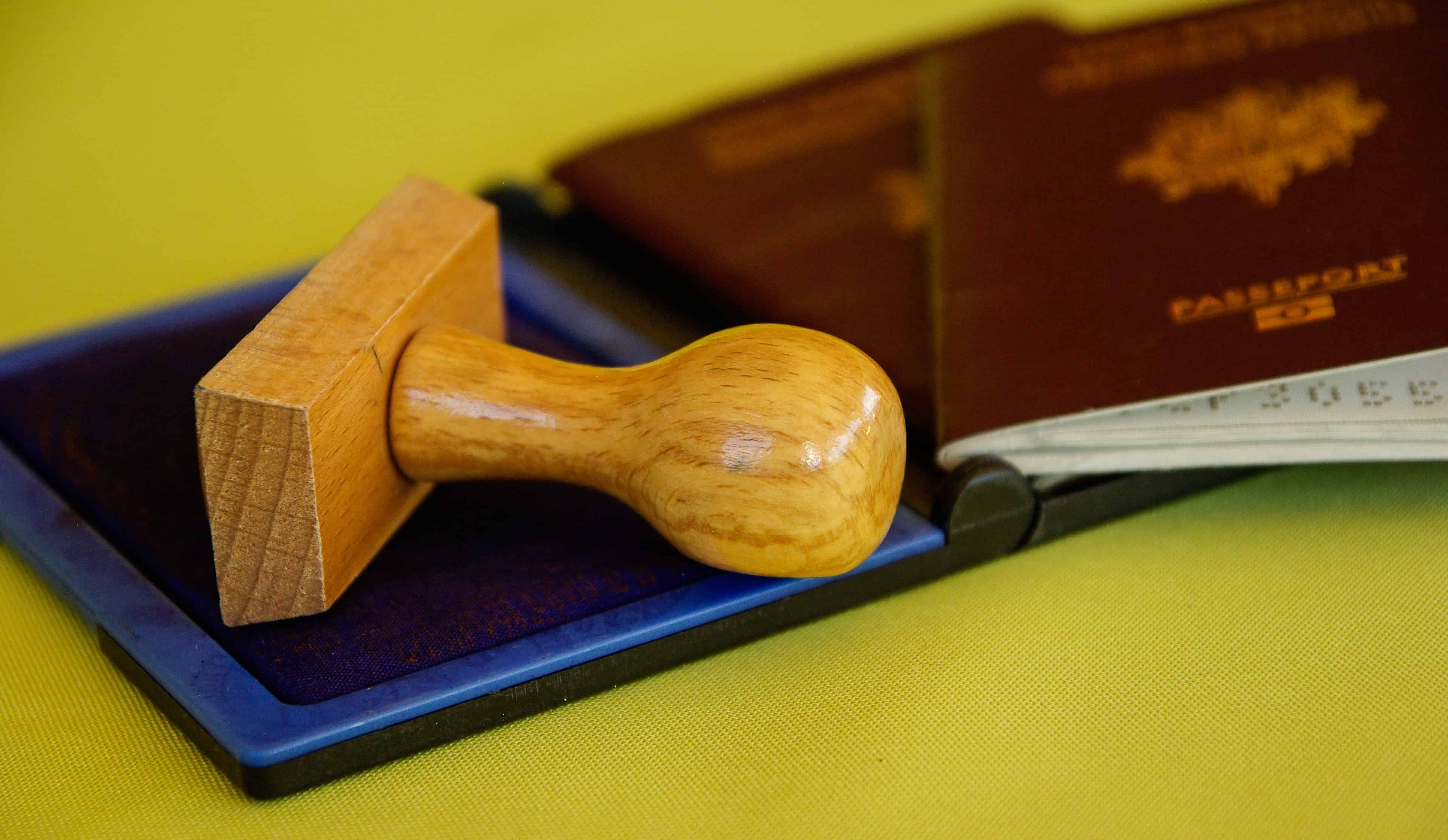 Eligibility for dual passports will vary a lot from person to person. Travelling with two passports is a privilege that most are ineligible for, though you might be able to without even knowing it.

Travelling with two passports has many benefits that I have relied upon for many trips. Such as when I didn’t even need a visa for my UK working holiday.

Who is Eligible to be Travelling With Two Passports

Passports are for citizens of a given country, so the question becomes: Who may have dual nationality without knowing it?

Countries work on one of two systems when it comes to granting citizenship at birth.

Jus Sanguinis (Latin: right of blood) is when parents pass on nationality to a child, regardless of where they’re born. This is how I was able to claim my UK citizenship as my father was born there. Let’s get one thing straight though, he was still a baby when he came over on the ship. He’s not a pom.

The way it works in the UK is that you don’t need to claim the citizenship. It’s automatic and I didn’t even realise I had two nationalities for many years. Ireland though, while still being Jus sanguinis requires you to register as a foreign birth and claim citizenship. There are several countries with similar restrictions. If you don’t claim it before having children, you can’t pass it on (thanks for nothing Mum…).

Jus Soli is the far less common practive of granting citizenship to a child born in a country, regardless of parental nationality.

Many Jus Soli countries require you to register or claim for your citizenship.

If in doubt, do a bit of digging through family records. You may have a nationality, or right to claim that you didn’t even know about.

When I applied for my british passport, I sent my paperwork to the UK. I wasn’t sure if I’d get it, and then it arrived even faster than my Australian passport renewal.

You can check if you’re eligible for British citizenship on their government website.

Benefits of Travelling With Two Passports

This is not to be underestimated. I had the almost unfortunate event of the check in desk for my flight to Fiji telling me I couldn’t board. That old chestnut, I’d forgotten to check for 6 months remaining on my passport.

The lady seemed genuinely sorry to deliver the bad news, but it didn’t bother me. I took back my blue passport and handed her my maroon one. It took her by surprise, but it wasn’t an issue.

The other great aspect about having different expiry dates is that you can renew one while travelling. It’s impossible to get your passport renewed and still cross borders or renew visas if you only have one. You can continue to travel on the passport with the entry stamp for the country you’re in and renew the other. Make sure to plan ahead for which one you will enter with.

Using Your Passport for a Bond or Accommodation

Some hotels and backpackers keep your passport while you’re staying there. Simply hand over the passport that is the least useful to you at the time. I.e. whichever one doesn’t have your visa in it or isn’t the one you need for the next country that you’re going to.

Despite my patriotism for Australia, it was the passport I was most willing to risk the first time I travelled through Thailand. I had an onward ticket to the UK so I kept my British passport locked up the entire time while using my Aussie one for everything.

When I was travelling Vietnam, it was a condition of everywhere I stayed that they held on to the guests passport until checkout.

Sometimes people are required to enter the number of the passport they would be using when booking your flight. If you don’t remember the number, it’s helpful to be able to keep your primary passport.

In my case, the passports are from Australia and the UK. They have nearly identical visa free access to most countries except the EU.

What it means for me is that I can visit, live, work and not pay visa fees for most of Europe. At least until Brexit is finalised. If you’re an English citizen, you can do the same by showing your British passport.

When I was in through Vietnam, I spent a part of that journey travelling with friends. One of my friends had his passport stolen when we caught the 48 hour train from Ho Chi Minh City to Hanoi. It was so much of a hassle that I almost don’t want to write about it. We had commitments in a city a few hours away from the Embassy and had to travel back and forth every second day.

If that had been me who had my passport stolen, I would have had a backup in a separate location.

If I’m catching transport with all my luggage, I can keep one on my person and one in my bag.

Setbacks of Travelling as a Dual National

I’m not sure how relevant this is these days. Apparently it used to be something to watch out for when claiming italian citizenship.

I imagine it could be the same for Switzerland and any other country with mandatory service. Waiting until you’re older than the mandatory service age might be one way around it, but don’t quote me on that.

It got me thinking that another way around this might be to join the reserves in your home country. As far as I’m aware, you can’t be in service of two countries at once.

Don’t be an idiot or just don’t get caught?

Often, the country’s own legal aid system for citizens will be a better option than trying to seek consular assistance.

The Australian Government even warns of both the above issues on their Smart Traveller website.

Many countries have international crimes, where you can be convicted at home even if you committed it overseas. Generally this isn’t a worry as they usually only revolve around serious crimes such as drug trafficking or child sex offences. Where you could become unstuck is if you have dual citizenship with a very conservative country. Something you’ve done in your home country which is perfectly legal, could be considered a crime in the other country.

All of this is very unlikely of course.

Do all Countries Accept Dual Citizenship?

I’ve never heard of someone having issues because the country didn’t like them having dual citizenship.

It’s usually only a restriction placed on the citizens of that country. Malaysia for example, requires that any citizen acquiring a second nationality, must renounce their Malaysian citizenship

Frowned Upon by Immigration??

Some people claim that customs and immigration don’t like people travelling with two passports. I have never seen anything to suggest this is true. I once checked into a flight and somehow put my passport back into checked luggage. The staff at exit immigration could not have been anymore helpful and verified the details on my British passport with their own details of me.

Travelling with two passports is absolutely, hands down the best option.

It is awesome and any drawbacks are nowhere near enough to justify not taking advantage of it. if you have the ability and are serious about travelling, it’s a must do. I don’t know where I’d be without my UK passport. 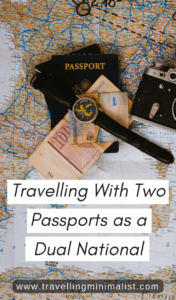