Throw Everything Away and be Happy 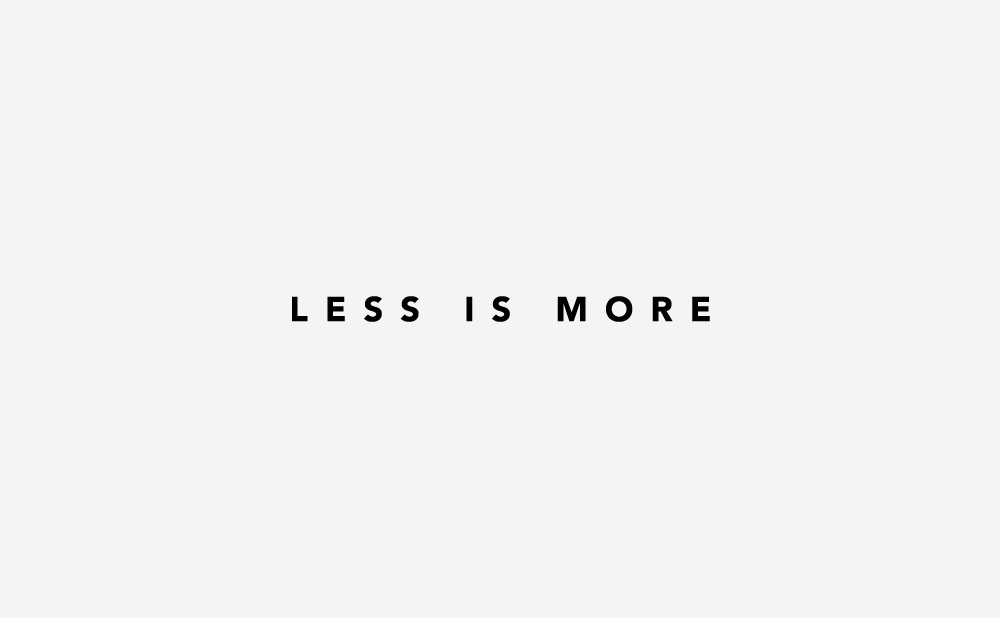 This post is not so much of a how to become a minimalist. It is partly  a “why to”. This is a description of the symptoms you experience once you throw everything away.

Quite a few years ago I was proud of how much stuff I was accruing. It was the first time I was getting a reasonable income, and I was finally able to buy most the things I wanted.

There were many things that I wanted and still couldn’t afford. I was able to buy most the components I would need to build them though. For example, I could buy all the individual components of an audio interface (back in my sound tech days). This would set me back $300 instead of the unit for $500.

I thought I was avoiding mainstream consumerism by being smarter. I didn’t know it then, but I was setting in motion the habit of cultivating quantity in my life instead of quality.

It was 2014 by the time that I had a wardrobe full of suits and draws full of shirts and shorts.

I had my own office full of drafting desks, roll-feed printers and all the stuff that made me look professional. I had my own recording studio and I even had a down-lit, motorized tie rack for all my ties.

I thought I was killing it for a 21 year old.

My girlfriend and I were living in an amazing house and I was miserable.

This was before the debt trap had ripped me all the way into its deep pits, but I was partway there.

A single dollar more in expenses and I would have been insolvent.

What had once been an enjoyable job, was now misery. I had fallen into the cycle of working to live and having to live to work.

I was paying to exist and working full time for the privelige.

I was “the guy who knew what was wrong with the way most people live”.

“The guy who knows how to beat the system, prosper and not have to work hard.”

I was the guy who at age 19, raised over $700,000 for a land subdivision. I was going to have a springboard from which to set myself up for life.

A great saying of my Dad’s is “to know and not do, is to not yet know”. It annoys the shit out of me when I hear it from him because without fail, it lets me know that I’ve stuffed up.

I thought I had it all figured out. How to make a ton of money while still young so I could enjoy life without the stress of the daily grind.

I’d forgotten how to enjoy the moment. It’s impossible to defer happiness, yet somehow that’s what I was going for.

I had never considered that I might throw everything away by this point.

Minimalism is Good for Business

It was around this time at work, that I created an online component of their business selling excess stock. It was tiny compared to their actual business, but it was turning a decent profit.

Since I was 14, I had said that I was going to work for myself through eCommerce. A business like the one I had helped establish would have been enough to fund someone with low expenses.

If I had chosen a smaller hose to live in, it wopuld have dictated less useless shit to fill it with. My weekly outgoings would have been $200 less.

I could have compounded this $200 every week into my own online business. I had one at the time, but it was struggling due to my own lack of liquidity.

An extra $200 a week going into my business and lower expenses means I could have left work to focus only on my own ventures.

That wasn’t the only business I had going on at the time.

I was running a rooming house for uni students at the time. I was making decent money from it too.

The manager I had looking after the premises then bailed on me while I was at a conference in Fiji.

I only needed to weather the storm for two weeks until I got back and could collect rent. Two weeks is a long time when your overheads are through the roof.

It imploded in spectacular fashion and cost.

When you feel cornered, strange things happen. That’s when I bought a new $40,000 car and learned what misery really is.

Wishing for a Paycut

I don’t for one minute think that money leads to unhappiness, but the foolish use of any resource will. The more I was starting to own, the unhappier I was becoming.

Consumerism has hoodwinked society into thinking we need to fit into the system. To work for useless things we don’t need, that are out of fashion before we’ve finished paying them.

Throw Everything Away to be Happy

As I was moving between houses, I started to throw away a lot of my clothes.

It was my first taste of liberation. Throwing away many of the objects that were owning me despite me thinking I owned them.

It was soon after this that I bought my ticket to London and had once and for all discarded conventional life.

I threw away so much of what I owned and set aside some of my musical instruments and audio equipment for storage.

When I got to the place that I would be staying for a few months before leaving, I realised how much useless crap I still had.

I considered the audio gear that I had earmarked for storage. By the time I ever returned, it would be outdated and covered in dust. It wasn’t actually that good quality anyway.

What if my parents had called me in a year’s time when I could be anywhere from St. Petersburg to Istanbul wanting my help to sort through my stuff?

What if I had been somewhere amazing around the world, worried about what to do with all my useless shit. That would be unforgivable. It became clear I had to throw everything away.

I Threw Away Everything – Am I Happy?

Two years, several continents and many countries later, yes I am.

One of the greatest decisions of my life.

I only ever travelled with a single backpack for carry-on luggage and nothing more. Sometimes I find old habits creeping up and I try to stuff as much in it as possible. I could always buy a smaller bag to fix that problem.

Owning less means you can own better. 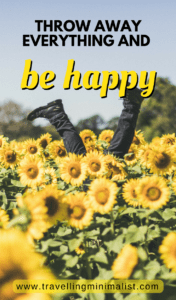