Hiking for 3 Days Without Food in the Wilderness 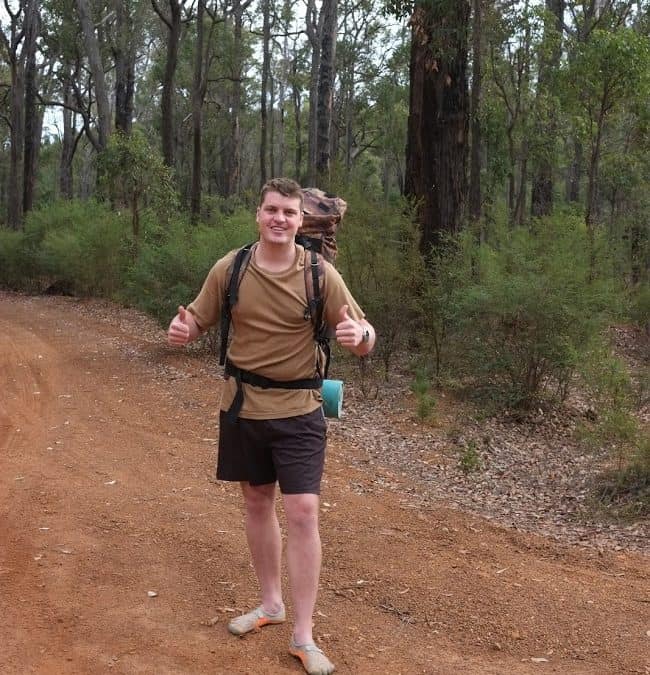 Most people find it confusing or downright alarming when I mention my 3 day hike while in a fasted state. Hiking without food seems like a risky undertaking. Here’s the breakdown of why and how I did this and what the lasting effects on my health and body have been. I’d been living in the UK for a while and having a ball. I was living above the pub I was working in and sharing the flat with workmates who were top blokes. Every night would become an after work boozer, involving a 2am trip to the 24 hour Tesco for junk food and more beer. I had a blast, though it took its toll. By the time I returned to Australia for a brief stopover before moving to Thailand, I had put on 20 kg (45lb). There is much debate about the best steps involved to achieve weightloss. The law of thermodynamics dictates that most people should agree that there needs to be a caloric deficit. Well, it dictates a need for the deficit, but you have to be an idiot to dispute a “law”. Even if you choose to ignore all the data and think that high amounts of sugar can be healthy, it’s hard to ignore this: If your diet is high in sugar it’s very difficult to maintain a caloric deficit. Sugar is so energy dense that it takes only a small amount to meet your calories, leaving you unsatisfied. Small amounts of food and large insulin spikes never lead to happiness. If you agree that cutting out sugar is an important part of weight loss, you may also know the problem with it: The cravings are a bitch. Some studies suggest that sugar can be 3 times as addictive as cocaine. Not all studies confirm this, but all suggest that it’s very addictive and one hell of a ride to give up. This is what posed the problem for such drastic need for action. I had spent so long consuming horrendous amounts of sugary food and alcohol. It would be like Amy Winehouse going cold turkey. I was struggling too much with giving up all carbs and sugars to go on a ketogenic diet. I had been keto many times before with startling success. This time though, I was starting from further down the hill with a boulder strapped to my ankle. I needed to take drastic action.

Why I Decided to Hike While Fasting

I had been trying to get back into keto, but with many false starts. I would make it halfway through the second day and the “need” for sugar would kick my ass and I would cave. I decided that I needed to put myself in a situation where I would have no choice but to avoid sugar. With my prior experiences with keto, I also knew that the chemical addiction would be easier to beat if I also had decent energy levels. Fasting would be the quickest way to get into keto and a state of fasting ketosis would get my blood ketones to a good level. Without the need to take food, it made a multi day hike much easier to organise on short notice. Fasting and hiking go together, at least from an organizational standpoint.

Preparing for the Hike

I packed some clothes, a foam matress and a sleeping bag. That was all I would need. I spent the two days before the hike trying to eat the best I could, so that it would stabilise my blood sugar and insulin levels. My insulin resistance would have been disgustingly high at this point and I knew there would be a real danger of hypoglycemia. To combat this, I ate a high fat meal with moderate protein to give me as much fuel as possible without an insulin spike. This was to keep me going as long as possible without my blood sugar dipping during the exercise. 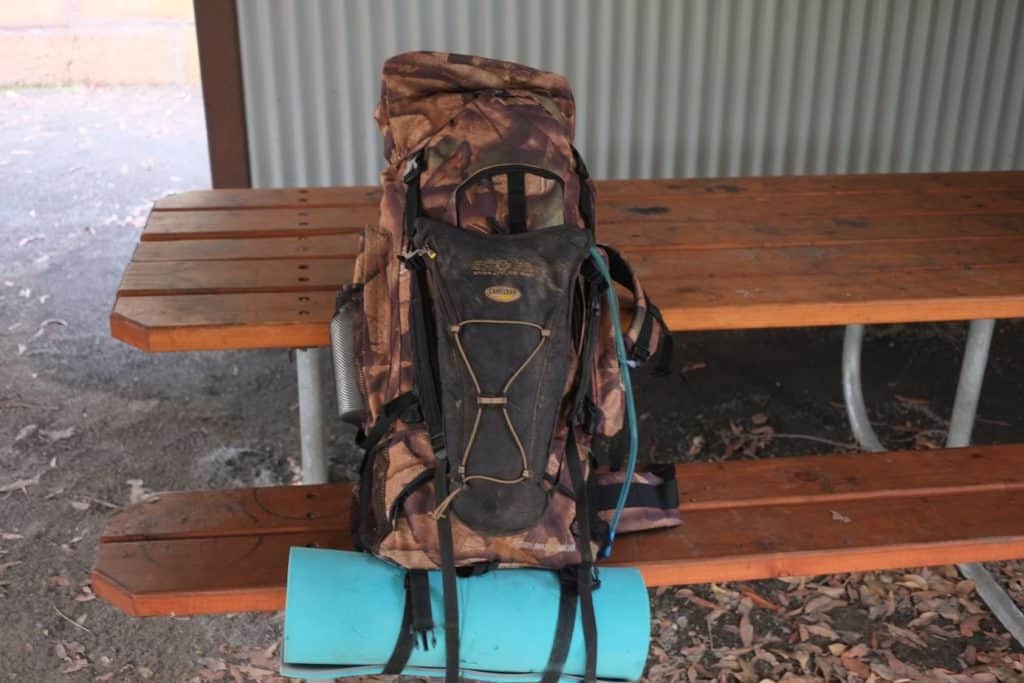 In the “South West” region of Western Australia where I live, there’s a hiking trail called the Bibbulmun track. It’s a 1,000km walking trail that winds its way through the spectacular hills between Perth and Albany. For each days worth of walking, there’s a small hut nestled in the bush where you can have a fire and refill water. It’s quite a feat of volunteer work and organisation. I set out to walk three days, stopping at two of the huts and getting picked up at the end. With me I took a glucometer with strips for measuring blood glucose and ketone levels. I knew that if I had enough ketones my blood sugar could be a bit on the low side. I wanted to make sure it never got too low or else I would have to call to get picked up. This has already dragged on by about 500 words more than it should have. I’ll try and keep it to the point. 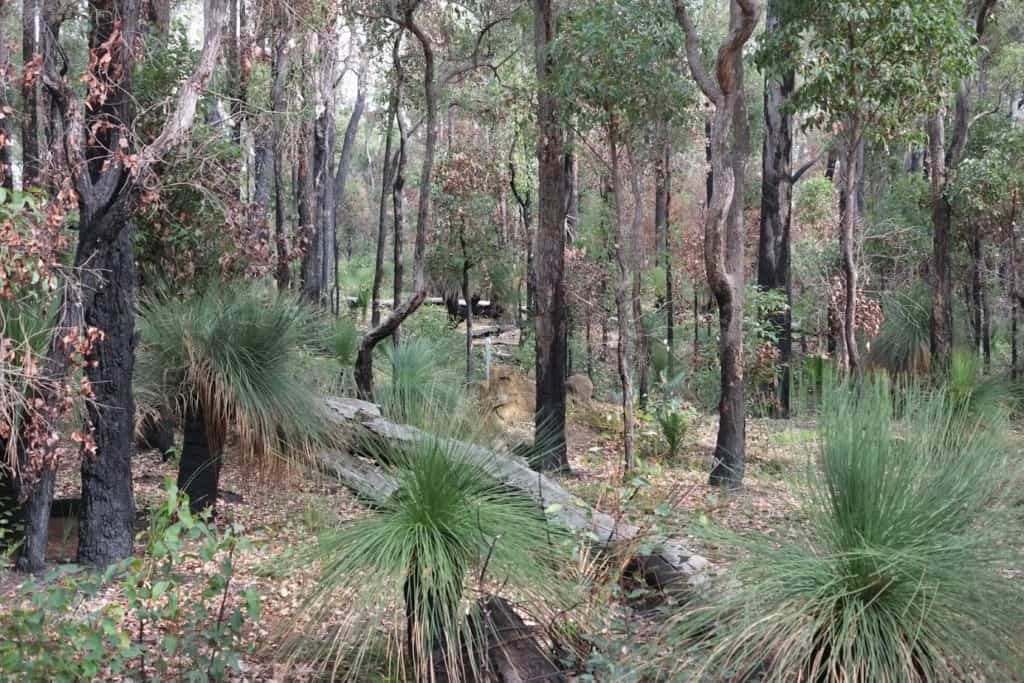 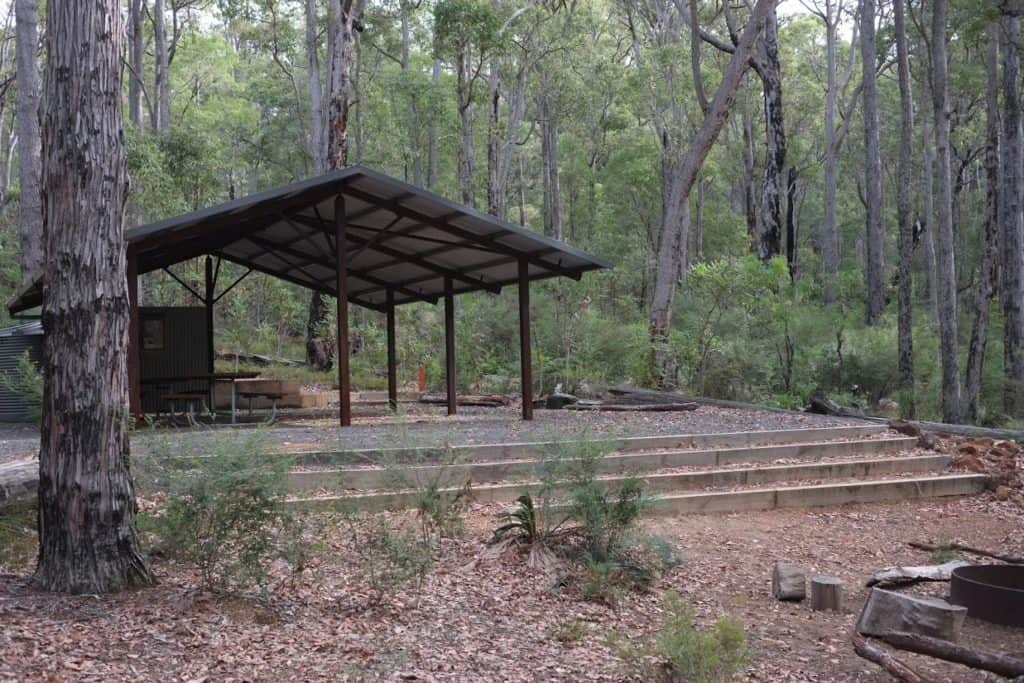 Day 1 of Hiking Without Food

I started day 1 in the mid morning, with the shortest leg planned for day 1. I was hoping to let my body have a night of creating ketones after depleting glycogen stores, rather than pushing through longer with no energy source. I have no idea of knowing whether it worked, but I never hit “the wall” on the trip so I guess it did. 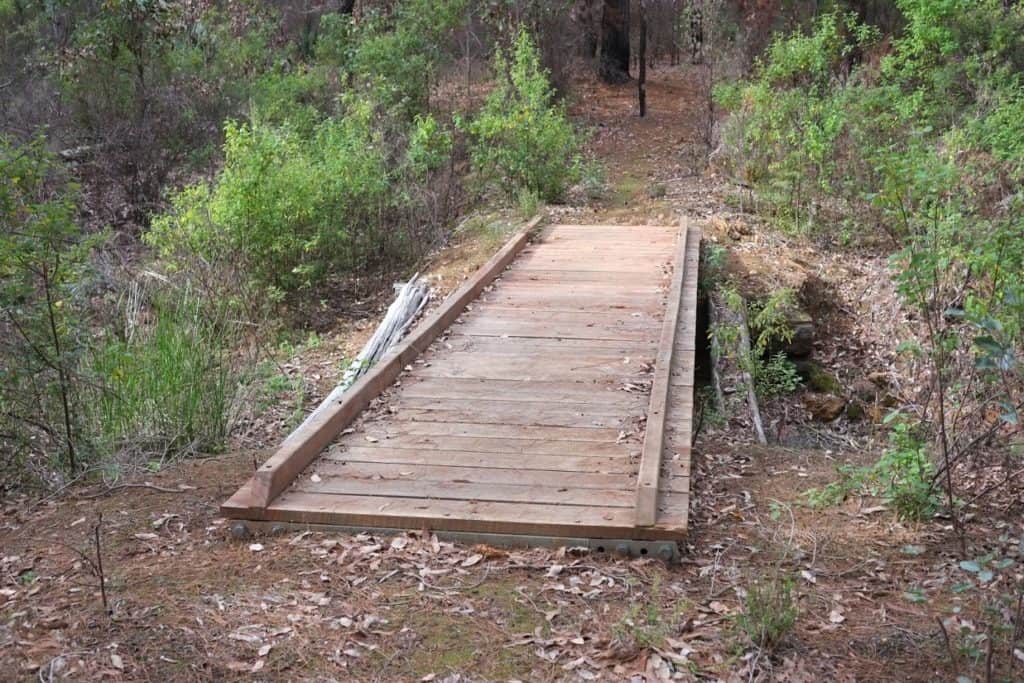 Night 1 was the hardest fasting period of my life, but the easiest to stick to. I take no pleasure in admitting that I would have failed if I’d had access to food. I did as much as I could to take my mind off my perceived starvation. I spent hours trying to enjoy the sight of a campfire which usually holds me mesmerised. I’m sure a large part of my general restlessness was a part of the usual separation anxiety from breaking contact with society. It’s something we should do more often as you don’t realise how dependent we’ve become on non-stop contact until you go through the exercise. I couldn’t sit still as I felt like I knew I needed to find food. I spent hours adjusting my small amount of camping gear trying to take my mind of the situation at hand. Being the middle of the winter, inland and in the hills, it was getting very cold fast. As it got dark I had no choice but to be near the fire until it got so cold that I had to retreat into my sleeping bag. Hungry and in the middle of sugar withdrawal, I was not getting to sleep anytime soon. Unfortunately my bed was nothing more than a yoga mat on top of a table. It was uncomfortable and I simply lay awake thinking about how much I “needed” to eat. Things started getting desperate when I took a torch out to start digging between tree roots, looking for witchetty grubs. Alas, there was no late night bush tucker to be found. I then pondered the possibility of eating the pawpaw ointment I had brought for my lips. Its petroleum jelly, but it’s scented and coloured and then sold as a lip balm. I think people feel less suspect walking around with that instead of vaseline… It had pawpaw (papaya for you yanks) in the name so I was considering it a food. I barely managed to refrain. I’m not exaggerating with these stories. My body and mind perceived the situation as serious enough to warrant those actions. Would the desired health benefits I sought from hiking without food be worth it? 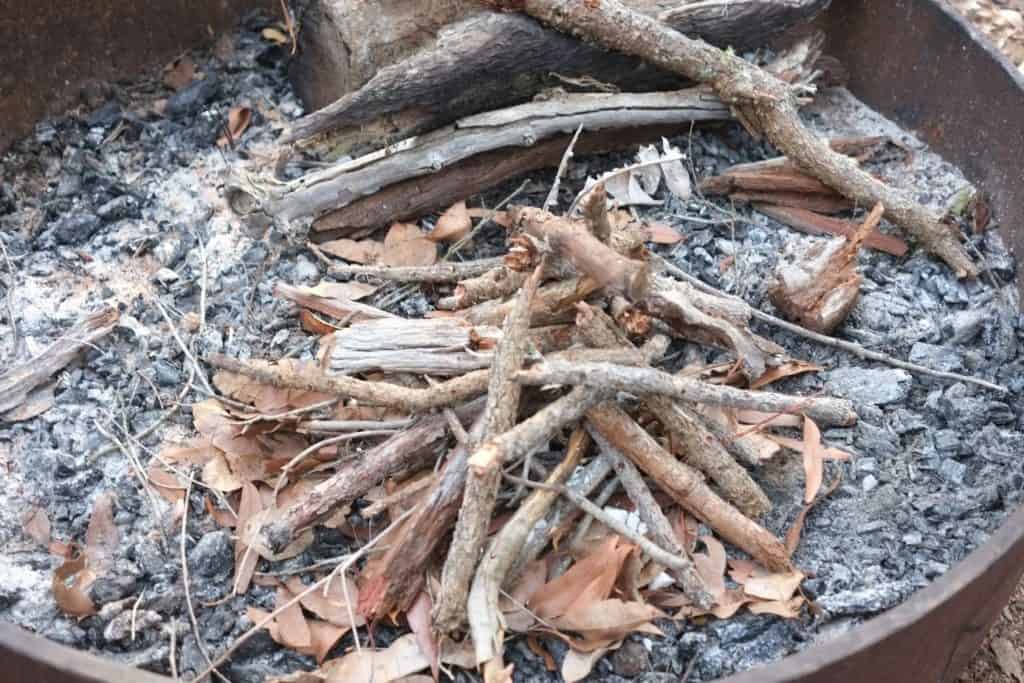 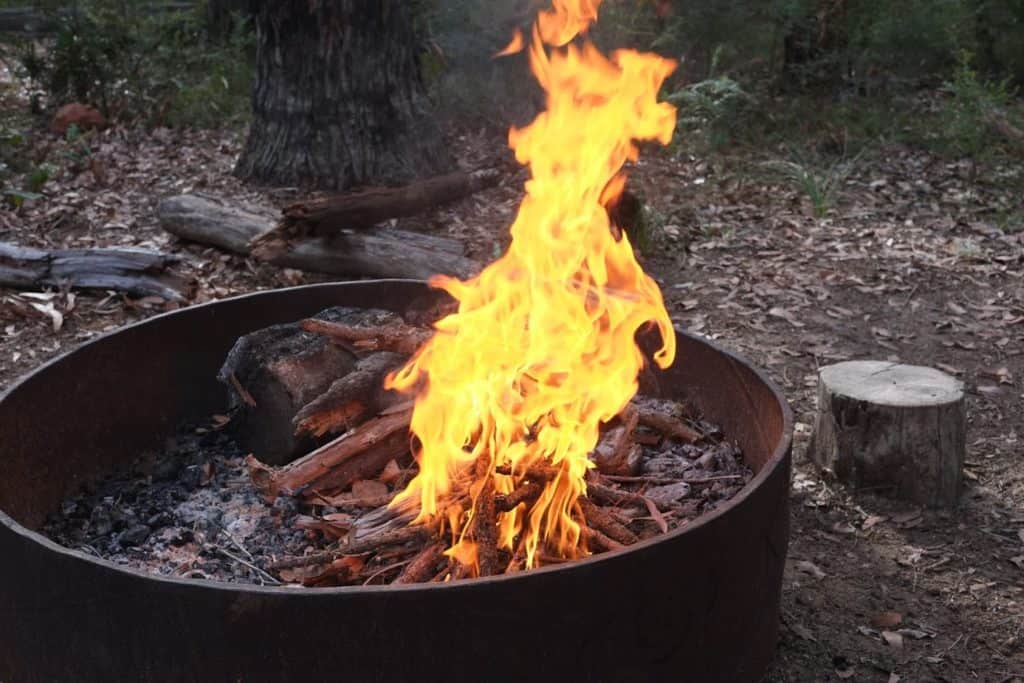 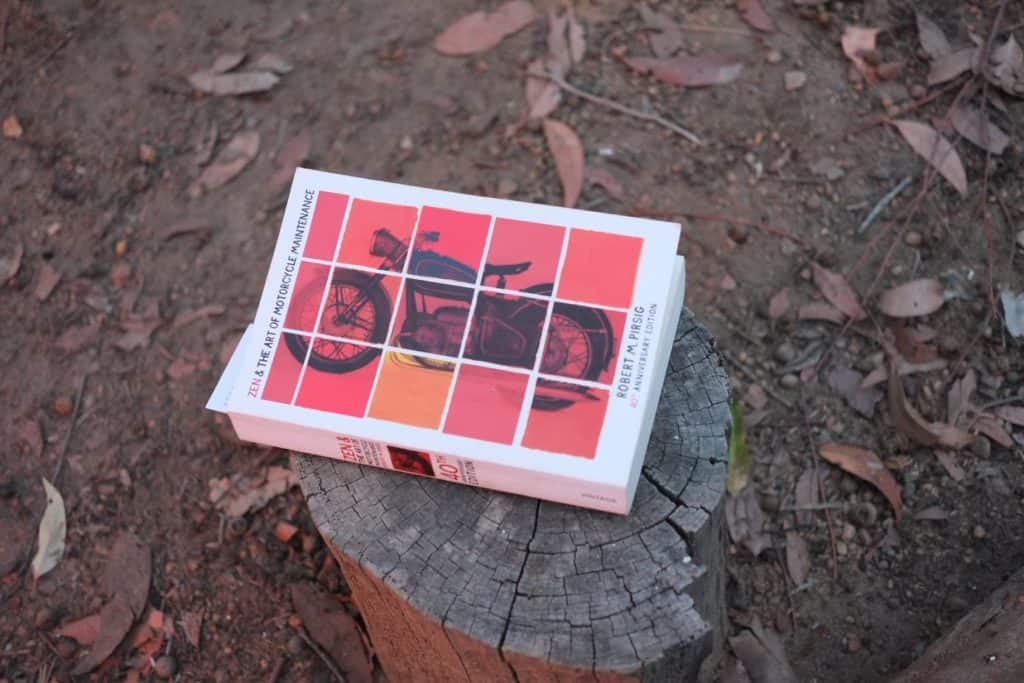 Day 2 of Hiking Without Food

Day 2 was pretty smooth. A lack of cravings took me by surprise, but it wasn’t without issue. A few times I had to stop to rest. I wasn’t suffering from too much muscle fatigue slowing me down, just lethargy and a lack of energy. My body had run out of stored glycogen and one of two things was happening. One possibility is that the glycogen in my liver was gone, but my body was taking it out of my muscles. The other scenario was that my liver was creating ketones, though not in enough volume. Also there would be a lack of adapting to the use of ketones in my body. It was likely a bit of both.

The second night was a breeze by comparison. It was a bit uncomfy, but not psychologically painful like the night before. 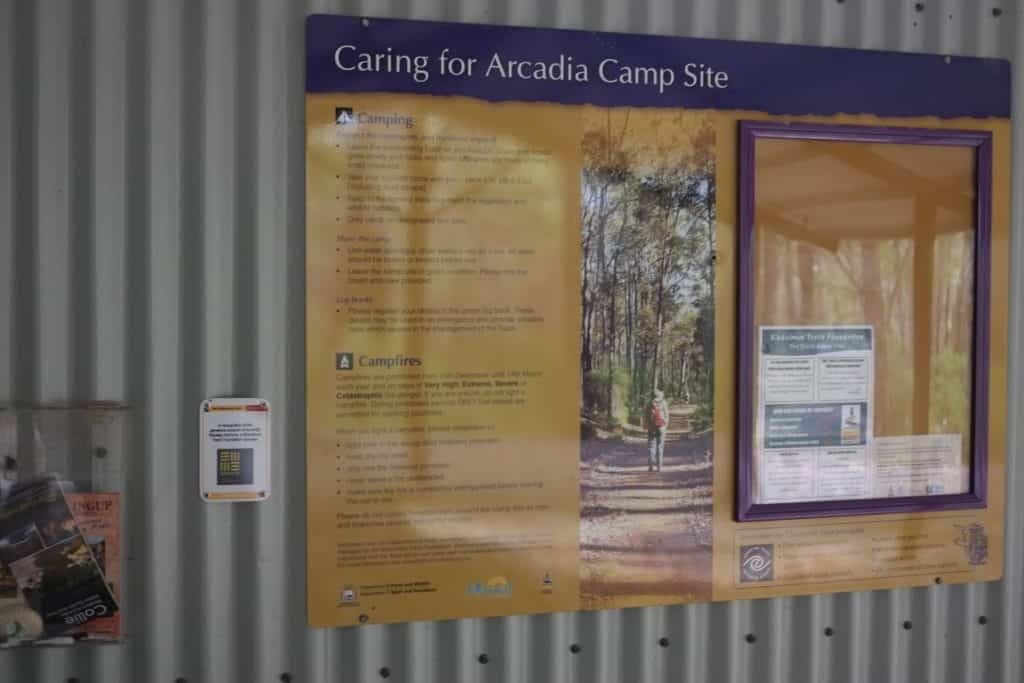 Day 3 of Hiking Without Food

The morning of day 3 was pretty simple. I woke up with the sun but was not hungry. You quickly learn the difference between having an empty stomach and being hungry. Same goes for psychological and real hunger which are vastly different. Day 3 was only a half day. I had arranged for some friends to pick me up halfway along one of the tracks. Waiting for me was some roast pork with butter cooked broccoli and spinach. One of the greatest eating experiences of my life. I was so satiated and had no cravings for anything else. 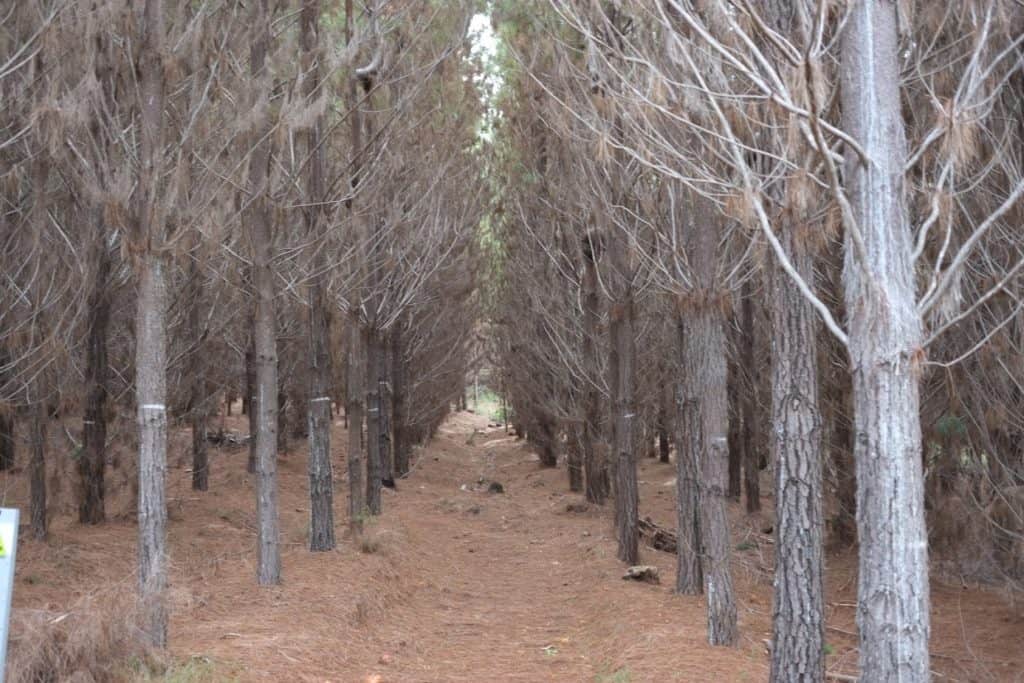 Results of Hiking for 3 Days While Fasting

Was it worth it? My god yes, it was. I was in control of  my eating habits once again. I spent the next 6 weeks staying in Australia, working for a companny putting skylights in roofs and ceilings. The physical demands of the job helped, but my results were diet based. I lost over 15 kilos (34 pounds) while in Australia and a further 5 (11lbs) while in Thailand. Even better was that it started a personal health revolution. After being in Thailand for a month, I was able to run for 5kms for the first time in my life. I’ve generally been healthy throughout my life and have had many periods of great fitness. I’m naturally not a runner, I’m built for lifting heavy things and helping old ladies get groceries from the top shelf. Being able to run 5kms was a true milestone for me. 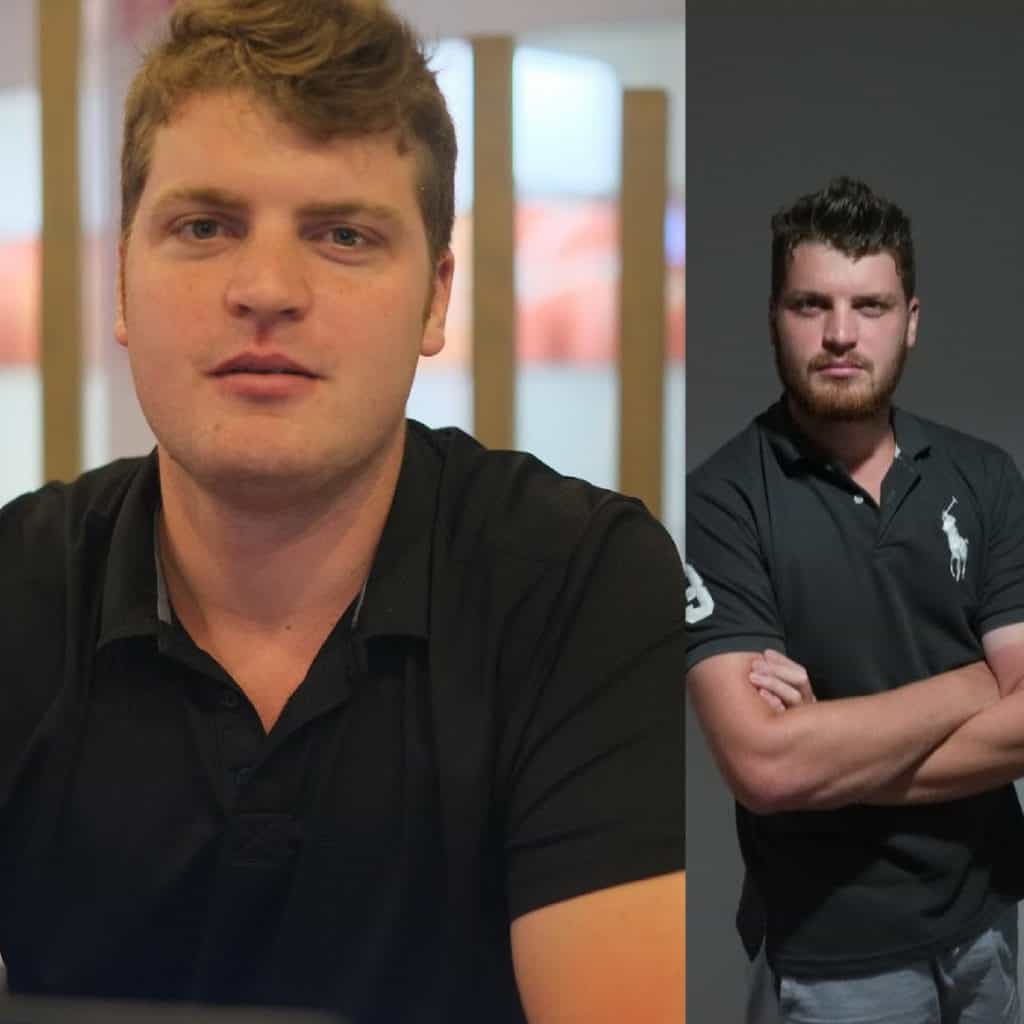 Did the Weightloss Last?

It certainly did. I’ve had several periods of hard partying and getting too enthralled in the holiday lifestyle. I have never reached the same weight though, nor do I ever expect to. Despite it being unorthodox and against “conventional medical wisdom”, it is one of the best things I have done for myself. Enough time has lapsed since then that I have been able to track my long term metabolic and hormonal health. The only changes since then have been for the absolute better. 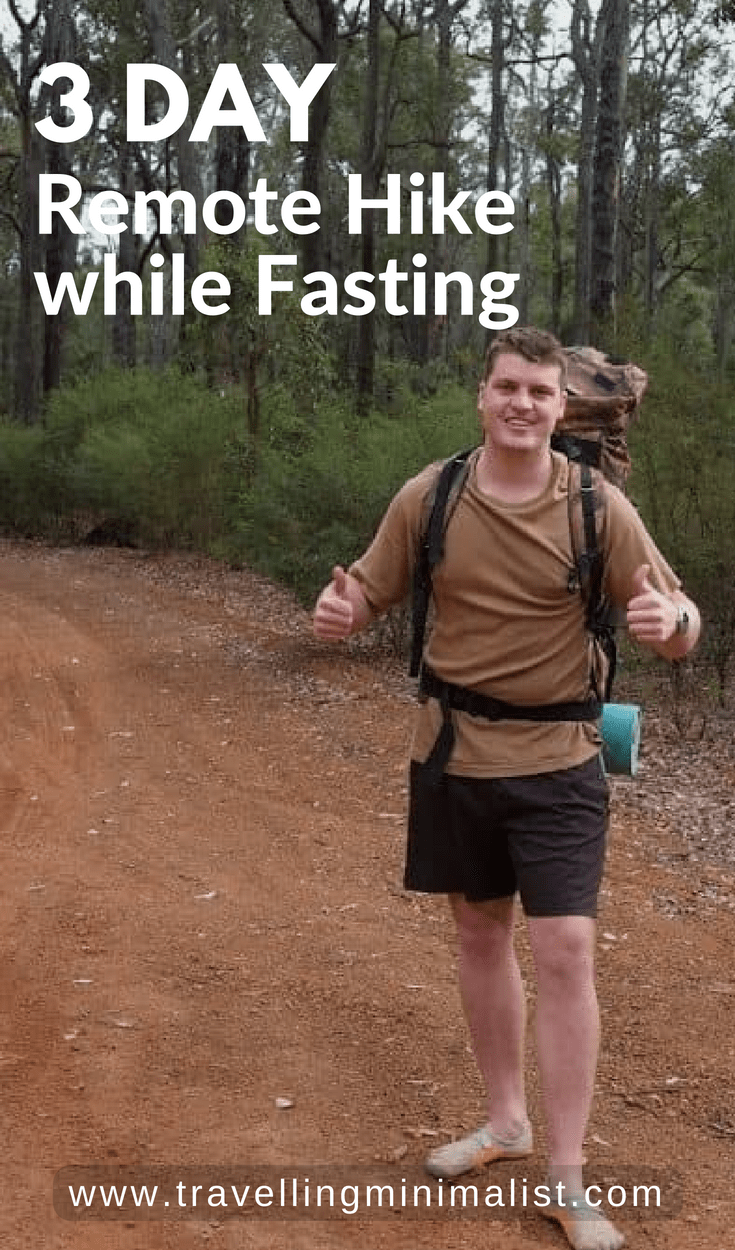