First Solo Flight – What to Expect 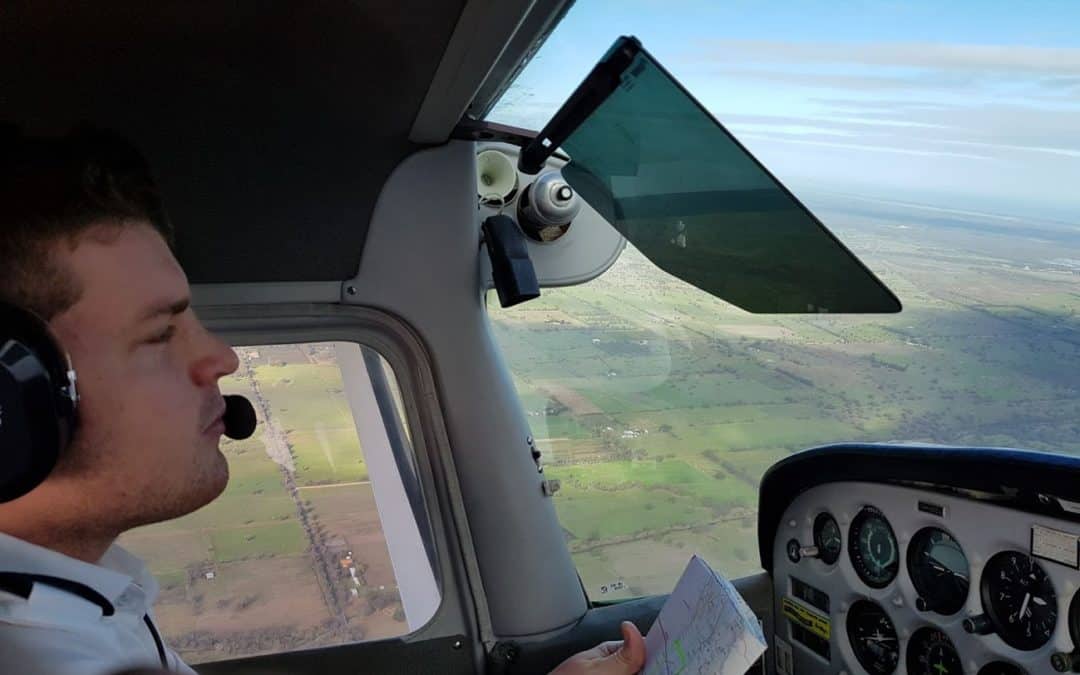 First solo flight. It’s a hot topic among new student pilots. I found myself being quizzed by the student and thought it might be worth writing about the experience.

It’s a good question. A first solo flight can seem intimidating to beginners, but it is a flight you will always remember.  The process will be along the same lines for most students getting their private  licence. Even if you’re going all the way to your commercial pilot licence, a first solo is pretty much the same for everyone.

I had a bit of a mess around with my class 1 aviation medical, which was issued over a month late. It wasn’t the end of the world, though it heightened the anticipation for my “big day”.

Requirements for student pilots to go solo in Australia, can be found on the CASA website

The very next morning after receiving my medical, I booked in my dual check so an instructor could send me solo.

Dual checks are a simple enough process where your instructor sits in while you do an hour of circuits.

I performed some flap-less landings; glide approaches; go-arounds and the usual tricks. After some minor critiquing and basic advice, we came into land.

I don’t know what on earth gave me this impression, but I was under the firm belief that we’d go inside and sort out some paperwork. I’d then be able to enjoy a quick cup of tea before going out for my very first solo flight.

Turns out, that’s not how it works.

As I’m taxiing back to the ramp area, the instructor asked me stop so that he could jump out. That’s when I realised I was on my own.

Sending It: Your First Solo Flight

I was never quite “shitting myself”, though I was a bit nervous. Ultimately it came down to excitement and I knew I had to get on with it.

I took my time to go through all my run up checks once more. I made my first solo radio call announcing that I was taxiing, and even that basic feat was exciting.

Sitting at the hold point and waiting for other traffic to land was exciting. I waited patiently, knowing that I would commit myself as soon as I entered and backtracked the runway.

“Compass and DG aligned”, saying out loud to nobody.

Now or never: I literally told myself aloud to “punch it”.

“Throttle in, airspeed coming alive, temperatures and pressures in the green” I said once more to no one.

Rotate speed. I knew this was the moment I would become a real pilot. Or die.

And then it happens, that sweet, juicy moment when you’re flying a plane all by yourself and you’re in the sky.

I concentrated only on flying until I was at 300 feet, ran through a take-off safety checklist quickly and then took a very brief moment to take in my surroundings.

I’ll admit, a “F… Yeah!” loudly found it’s way out of my mouth and I was now loving every second of it.

From then on, it was a process of going through my usual checklists and clearing turns. I focused on balancing my concentration between instruments and the outside, while keeping a listening watch on the radio.

Here it was, my first solo landing, which you can watch in the video below.

To me – though I’m sure it differs from pilot to pilot – it was a matter of consciously not overthinking it. I was holding a slight amount of drift against the small crosswind and heading straight for the centre line. The threshold was maintaining its location in my viewpoint and I kept checking my airspeed.

I rounded out a little early, knowing that if I was going to be too low when rounding out, that nobody would point it out. I guess I was subconsciously compensating.

What a ride. I rolled through, cleared the runway and went through the after landing checks.

I was feeling pretty buzzed when I taxied back and my instructor and some mates met me out at the hangar. It was cool to finally be a part of the club.

I conducted all my training up to that point, in a Cessna 172. I’m too tall for a 152 and have never flown one, so I felt pretty cool about doing my first solo flight in a 172, while all my mates were still in baby planes.

There’s no real secret about what to do in your first solo. My only bit of advice would be to turn the intercom on, even though there’s no one else to talk to.

By having it on, you’ll be able to hear your own voice when going through your checklists aloud. It’s a bit disconcerting to hear your own voice normally, and then for it to disappear as soon as you’re flying alone. Speaking your way through your checklists are an important way of keeping the environment similar to what you’re used to when flying dual.

So there it is: It’s exciting, intimidating and one hell of a rush.

I haven’t really explored the preparation aspect, so I’ve found another article which goes into greater detail about tips for preparing for your first solo.